You are here: Home1 / Noticias2 / Current events3 / Microalgae as a food source

There is a directly proportional relationship between the demand for plant protein and the reduction of meat consumption. That is something normal and expected if we take into account some recent news about that issue, for example the last WHO (World Health Organisation) report, in which they link the consumption of processed meat and colorectal cancer. It is something common nowadays that everybody, from vegans to flexitarians to omnivores, are trying to substitute vegetables for so much meat.

Humans are no strangers to the use of microalgae as a food source, although the commercial exploitation of it is only a few decades old, since the early 1950s. This change in people’s mind happened because of the rapid increase of the world population, and the concern of a possible insufficient protein supply. Microalgae appeared then as a good source of protein and has continued as such, but with an increased interest due to the unique bioactive ingredients recently found in these small microorganisms, which gives them great potential as a food source and as a source of functional molecules. Besides, vegetable proteins are especially attractive, because consumers accept them more than other trendy protein alternatives, like insects. 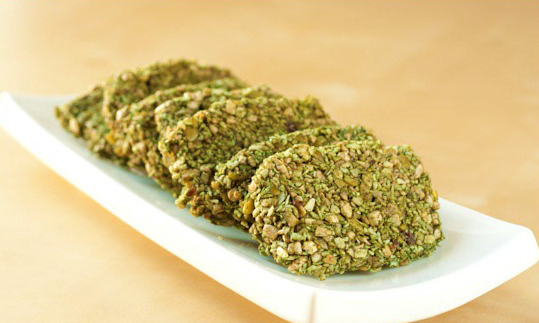 Boosters say that algae has nutritional advantages that make it stand out. Microalgae is 50 to 60 percent protein, but unlike many soy protein products, where the protein has been isolated from the plant, microalgae is generally used as a whole-food ingredient and retains more than just protein. Nutrients vary by strain, but can include fat, fiber, vitamins A, B, C and E; and minerals.

Among the most used microalgae are Chlorella and Spirulina, in addition, Dunaliella, Haematococcus, Schizochytrium, Scenedesmus, Aphanizomenon, Odontella, and Porphyridium are gaining acceptance in the food and health-food market. From the consumer point of view, what makes these microalgae special is, among others, the immune system improvement in the case of Chlorella, the prevention and treatment of heart diseases with the Spirulina, Vitamin A precursor (Dunaliella), anti-inflammatory (Haematococcus), treatment of brain and heart disorders (Schizochytrium), and so on.

The acceptance of the use of microalgae biomass or biomolecules extracted from it has resulted in the development of various innovative food products enriched with microalgae or their sub products. Up to the moment, very few such products have appeared in the health and natural sector shelves of stores across Europe and Asia, therefore, there is still a very large untapped opportunity in this food area.

There are still lots of challenges to be breached, but the possibilities offered by them have made companies like Aqualgae innovate new solutions, in order to achieve energy- and cost-effective production systems optimized for microalgae.

Jumo, leading brand in its sector, chooses Aqualgae as official integrator of...