You are here: Home1 / Noticias2 / No category3 / Myths and Realities I – Are photobioreactors expensive for the aquaculture...

Are photobioreactors expensive for the aquaculture sector?

“Photobioreactores (FBRs) are expensive equipment” – this is one of the statements we usually hear from potential clients. Is this true?

With this article we begin a miniseries dedicated to the reflection of some preconceived ideas in our sector.

First, we would like to explain what a photobioreactor is for all of those who are not familiar with the concept. A FBR is an equipment that allows the cultivation of microalgae under optimized conditions of light, temperature, nutrients and pH (main parameters), providing a very favorable environment for their growth. There are several advantages in using this type of equipment, including the prevention or minimization of contamination, the stability of the cultivation conditions, reduced labor, reduction of production costs and the possibility of modulating the nutritional composition of the biomass produced. 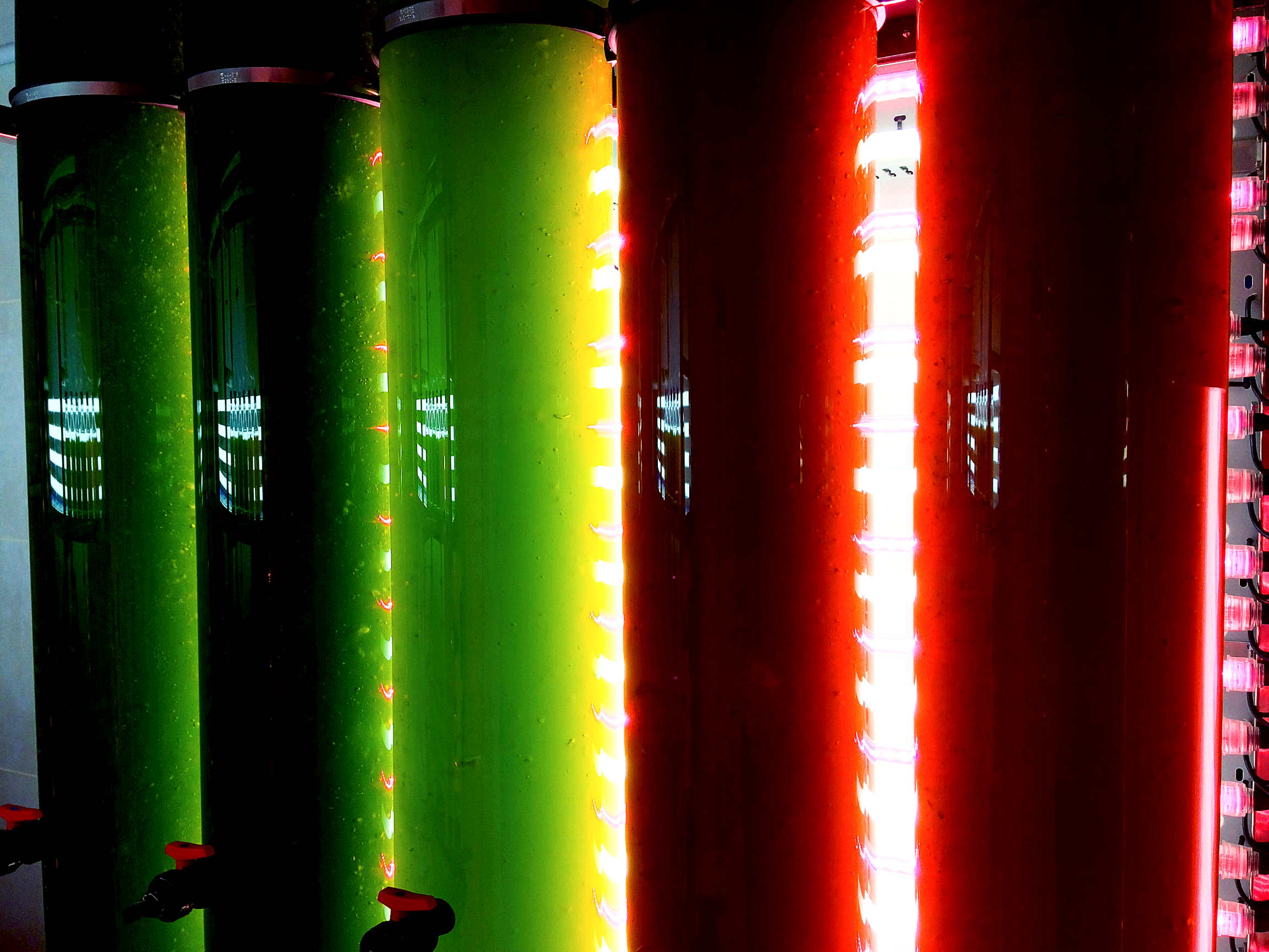 In those companies where several species of live microalgae are needed, part of the production cost is used to produce microalgae.

If at first glance we think of a classic microalgae production system based on closed plastic bags (variable volume from 300 to 500L) installed in an upright position and compare that with air-lift or tubular column type photobioreactors, we obviously assume that FBRs are more expensive equipment. Now let’s reflect on the area, energy costs, physical/chemical and/or thermal treatment of water, temperature control and labor involved in the classic system versus the FBRs and try to dismantle the myth.

Plastic bags are disposable items that last 2 to 8 weeks until the crops become contaminated, or until the bags become dirty. In a single aquaculture unit, the annual expenditure with plastic bags can vary from 2.000 to 5.000 €, depending on the production. In addition, from an environmental point of view, plastic bags have much more impact than the methacrylate columns used in FBRs. Methacrylate is also a plastic polymer, but it can last a minimum of 10 to 20 years (amortizable expense, not fungible as bags).

The area occupied by several tens of 500 L bags is usually large. Think of a 25 x 10m greenhouse (250 m²) or an interior room, for example. The larger the area, the more air volume we have to control temperature. What if we told you that it is possible to produce the same with just 30 m², without having to control the temperature and therefore, with much less expense? Well, by using FBRs productivity increases. The productivity obtained in bags is always one third to one tenth less than that obtained in FBRs. Therefore, with the bag system, we are occupying 3 to 10 times more space, additionally having to control the temperature of that space through AVAC, fans, AC, etc. Just look at the electricity bill and think that the consumption destined to the phytoplankton temperature control could be reduced by 3 or even 10.

We do not know of any company with some magnitude that does not have at least 2 to 3 people dedicated full-time to microalgae, or at least a large part of their working day. These people inoculate bags daily, manage the inoculums of the chamber, remove bags and replace them, move pipes to till with water, disinfect water, neutralize it, put air in, etc.

Now let’s look at the plant that has the FBRs installed: as a rule, there is a person in charge who dedicates about 2-3 hours a day to the microalgae. Their tasks are crop harvesting, tank preparation with a culture medium (which could be automated), and automatic filling of all FBRs. If there are cleanings or disinfections to do, they are tasks that are done every 6 to 12 weeks.

In the classic systems of plastic bags, there is usually a huge limitation by light, related to the diameter of the bag itself, which does not allow a correct penetration of light. Therefore, it is a common practice to apply continuous light 24 hours a day, negatively affecting the microalgae division cycles, generating them stress. Microalgae need a period of cellular rest. There is no additional productivity gained with said 24H light electricity consumption if the other crop parameters are optimized. On the one hand, microalgae are grateful to have circadian rhythms to be able to synchronize their divisions and on the other, you can save up to a third of the electricity consumption without this implying a reduction in the productivity of the crops, by setting photoperiods of 16 hours: 8h of darkness.

At this point in your reading, you may be interested in consulting us to study your microalgae production costs and assess whether it really compensates using FBRs.

Our planet will also thank you!